Reports in Italian media say that Kimi Raikkonen has already been told that he will not be retained by Ferrari for another season.

That's despite his success winning pole position for the team at their home race in Monza last weekend. He went on to finish in second place in the Italian Grand Prix behind race winner Lewis Hamilton.

But according to Corriere dello Sport that's not been enough to save the Finn's place in Maranello.

The newspaper reports that new Ferrari chairman John Elkann has already been in touch with Raikkonen to tell him that the team is letting him go.

Sky Italia adds that a meeting had been scheduled at the team's headquarters for Thursday at which the news will be formally announced to the media.

However, fellow Finn Mika Salo - himself a former Ferrari driver - cannot understand why Raikkonen did not immediately make the news public if Elkann told him at Monza.

"I would have expected Kimi to say it himself after Monza, but it didn't happen," Salo told Iltalehti.

It emerged at the weekend that former Ferrari boss Sergio Marchionne could have already contractually committed the team to running Charles Leclerc in 2019, forcing the current management's hand over Raikkonen.

The reports hint that Raikkonen's awareness of his impending departure could have been a factor in how Sunday's race turned out.

Sebastian Vettel was clearly unhappy when Raikkonen was able to slipstream his team mate to win pole, instead of helping Vettel in his title battle with Hamilton.

The outcome left Vettel starting from second on the grid, and he then clashed with Hamilton at the della Roggia chicane. After spinning out he recovered from the back of the field to finish in fourth, but it still cost him precious points in the drivers championship.

The chain of events might have damaged the previously close working relationship between Vettel and Raikkonen. 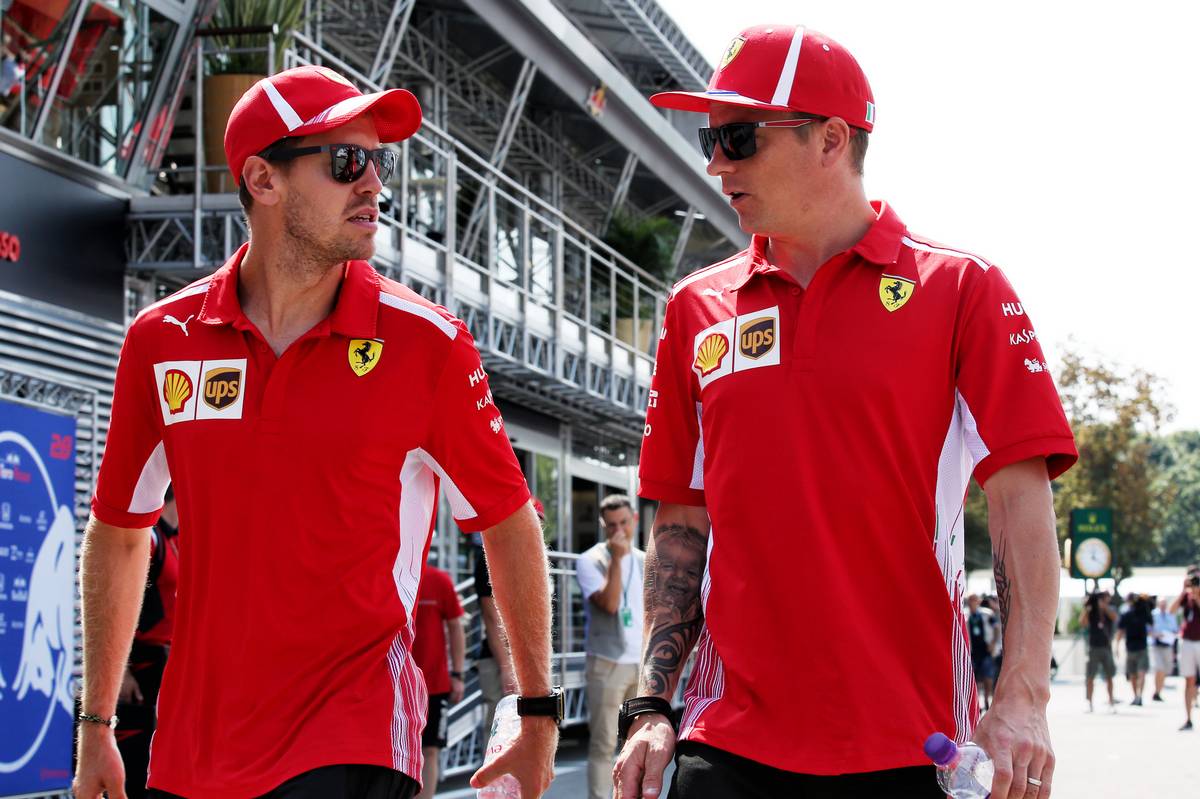 "It is clear to me that I must now compete against three cars, including my own teammate," the Dutch broadcaster Ziggo Sport quoted Vettel as saying.

The German ruefully added: "I do not expect any help from anyone."

If Raikkonen does depart Ferrari after a total of eight seasons at the Scuderia, including his title winning campaign in 2007, it's unclear whether he would want to stay in Formula 1.

With most of the top teams already settled, only a seat at a team such as Sauber would be available which is unlikely to appeal to the 38-year-old, who is already the oldest driver on the grid.

His pole at Monza made him the oldest man to start from the top spot since Nigel Mansell in 1994 in Australia.

The last time he was let go by Ferrari in 2009, Raikkonen ended up taking a sabbatical from F1 and competed instead in the World Rally Championship as well as a couple of guest drives in the NASCAR series in the US.